On 21 December, Yirga gave a public lecture on Decolonizing Ethiopian Modernity, at Montgomery College, Silver Spring, Maryland. The event was sponsored by OnePupil, a charity that supports education in rural Ethiopia.

Yirga was also interviewed by prominent diaspora journalist Tewodros Tsegaye on indigenous knowledges, in Silver Spring. The interview was aired on 19 December 2019. 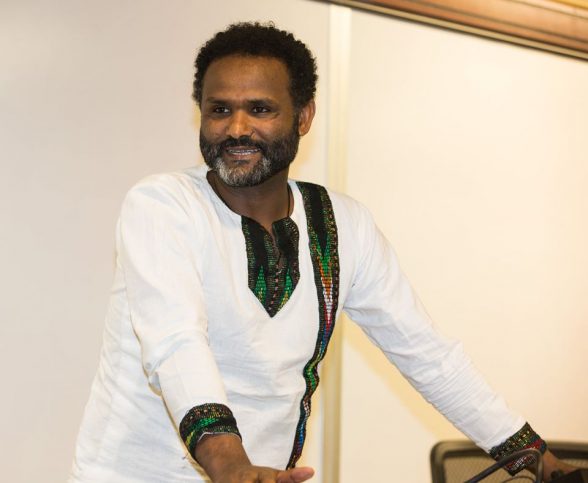 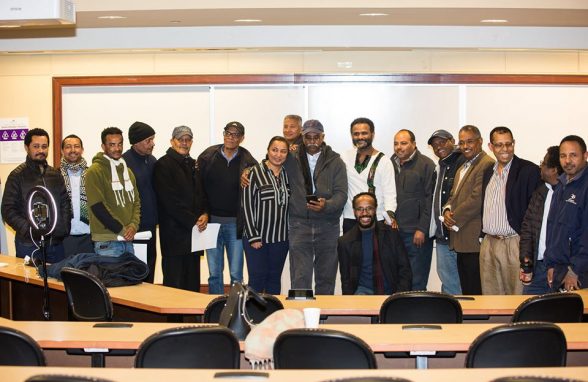 Centre Director, Professor Baden Offord, is on the conference organising committee for two conferences in 2020 including the Barcelona Media-Culture-Arts Conference at the University of Barcelona 17-20 September 2020 and The 10th Asian Conference on Cultural Studies in Tokyo 27-30 May 2020. Follow the links to get more information as the programs for the conferences are developed further. 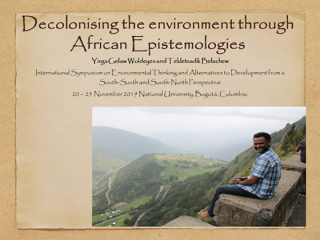 CHRE involvement at Conference in Colombia

The Centre’s Dr Yirga Gelaw Woldeyes was among scholars invited to present a paper at the “International Symposium on Environmental Thinking and Alternatives to Development from a South-South and South-North Perspective”.

The Symposium took place from 20 to 23 November 2019 at National University, Bogotá, Colombia. Yirga didn’t physically participate at the conference due to other research tasks. He collaborated with Tekletsadik Belachew, a researcher in Ethiopia, to present a joint paper titled, “Decolonising the environment through African Epistemologies”. 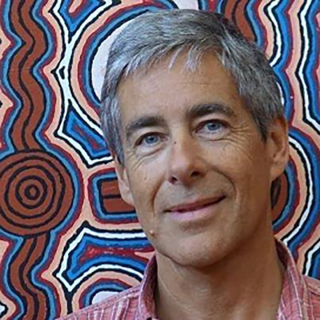 Centre Director, Professor Baden Offord, has been announced as one of two keynote speakers at the Higher Education Research and Development Society of Australasia (HERDSA) Conference in 2020. The 43rd annual conference is to be held in Brisbane, Australia, from 30th June to 3rd July 2020. More information about the conference can be found at their website.

On the 30th of October 2019, the Centre hosted an end of year gathering with Human Rights Masters students at the Centre for Human Rights Education at Curtin University, along with staff and Centre associates. It was great to see some students as the semester was ending, to celebrate the 2019 study year that had passed successfully. Centre students come from diverse backgrounds and countries, with many and varied experiences in a variety of disciplines, and it is always lovely to see students outside of the classroom to celebrate the CHRE community of learning.

On the 29th and 30th of October, Associate Professor Caroline Fleay along with Esther Deng from the Centre for Asylum Seekers, Refugees and Detainees, presented at the Insights to Action workshop organised by the WA Social Research Network at the University of Western Australia.

This inaugural 2-day workshop event provided a unique opportunity for participants from universities, not-for-profit organisations, government, the private sector, and people with lived experience to draw on insights from robust research to design community solutions. 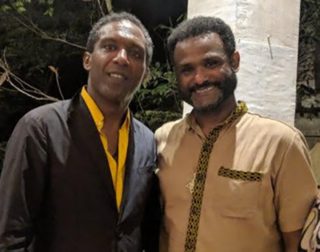 Dr Yirga Gelaw Woldeyes was an invited and sponsored speaker at this year’s Ubud Writer’s Festival from 24-27 October 2019. Yirga spoke on two panels, one where he performed his poems in Amharic and one on the ethics and challenges of writing in multilingual contexts. Yirga was also in conversation with the poet Lemn Sissay.

On 22 October 2019, the Centre for Human Rights Education co-organised a joint Murdoch-Curtin Academics for Refugees Day of Action event at Murdoch University. An audience of over 100 heard from a panel of people seeking asylum about their experiences of being forced to live on temporary visas in Australia, and the importance of universities enabling their access to higher education. They outlined the experiences of people seeking asylum in WA who now face destitution given federal policies are removing their access to welfare supports whether or not they are able find to employment. Their presentation, and one of the findings of the workshop overall, highlighted the importance of embedding a collective advocacy approach into the research process.

Associate Professor Caroline Fleay also spoke about Curtin’s scholarship program for people seeking asylum and how universities can advocate both within and beyond the tertiary sector for humane refugee policies.

The Centre’s Associate Professor Caroline Fleay was a panellist at the Impact Lounge event ‘Engaging Communities: Bringing communities together to co-create a better future’, held at the Curtin Tavern on 10 October 2019. The event was organised by the university for Curtin students interested in finding out more about leadership and community engagement. 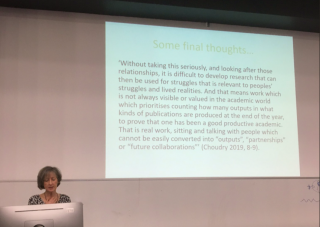 On Friday 4 October 2019, CHRE’s Associate Professor Caroline Fleay delivered a keynote presentation on academic activism at the Australia New Zealand Social Work and Welfare Education and Research Symposium at Edith Cowan University. Caroline spoke about research and activism that is based on building relationships and working collectively with people seeking asylum in response to Australia’s punitive refugee policies.

On the 4th of October 2019, Centre for Human Rights Director, Professor Baden Offord, submitted a report to the Australian Senate, Community Affairs References Committee to the Inquiry into the adequacy of Newstart and related payments and alternative mechanisms to determine the level of income support payments in Australia. The report was accepted by the Committee and is published publicly online. The submission (allocated to submission number 158) is accessible from the committee’s website.

Further information on the inquiry process is available on the Senate website.

Joint Statement in Support of LGBTI Inclusion in the 2021 Census

The Centre for Human Rights Education is a signatory to the Joint Statement in support of LGBTI Inclusion in the 2021 Census. Social recognition is a core value of human rights. We believe that the inclusion of LGBTI people in the 2021 Census is an important obligation to ensure the human rights integrity of all Australians. The statement release date was 22 August 2019.

On Sunday 14th April 2019, Perth gathered to demonstrate a broad and united movement of people and organisations who call for justice and dignity for refugees and for people seeking asylum. The Centre for Human Rights Education was among many organisations who endorsed the event and took part on the day. Despite the rain, there was a good turn out on the day. 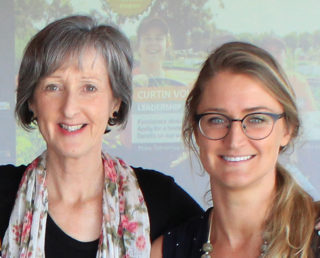 The Centre for Human Rights Education’s Dr Lisa Hartley’s and Associate Professor Caroline Fleay’s research has been rated as HIGH IMPACT (highest rating) in the recently released ARC Impact and Engagement report for 2018. Of 9 case studies submitted , this was the only one that is not science or health based. It is an excellent result and means that their research was rated by the ARC impact and engagement exercise as having high socioeconomic impact.

The national report states that “In total there were 637 impact studies, with 277 receiving a high rating. The high rated impact studies are available on the ARC website.”

Australian Government policies have created a serious humanitarian crisis on Manus Island and Nauru as well as in Australia. They have caused prolonged suffering for thousands of people seeking asylum who remain effectively imprisoned.

As National Convenors of Academics for Refugees, we fully support the comments by Associate Professor Anne Surma in Andrew Burrell’s article in The Australian (27 March 2019). The article refers to the teaching of Associate Professor Surma at Murdoch University, singling out her comments on refugees and asylum seekers.

The terrible harms caused by forcing people seeking asylum to remain on Nauru and Manus Island are well documented. Behrouz Boochani’s publications speak profoundly of these harms. There are also many national and international reports by researchers, journalists, human rights organisations and parliamentary inquiries that have come to this conclusion.

Our demands to the Australian government are centred on ending the horrors and harms of offshore detention. It is becoming increasingly recognised, and supported by research and professional evidence, that there is a humanitarian crisis on Manus Island and Nauru. We strongly oppose offshore detention policies and support the safe resettlement of people seeking protection.

On Sunday 10 March 2019, the Centre for Human Rights Education hosted a symposium titled, “People Seeking Asylum: Truth Telling and Taking Action,” at the Bankwest Theatre at Curtin University. The event was organised in partnership with the Refugee Council of Australia and the John Curtin Gallery, which hosted the exhibition “Refuge” as part of the Perth Festival.

The symposium featured the lived experience of people seeking asylum and included Behrouz Boochani speaking about the situation on Manus Island and the impact of detention. An aim of the symposium was to explore Australia’s crisis of responsibility and how we might best work together to address this through political and social campaigns and actions. 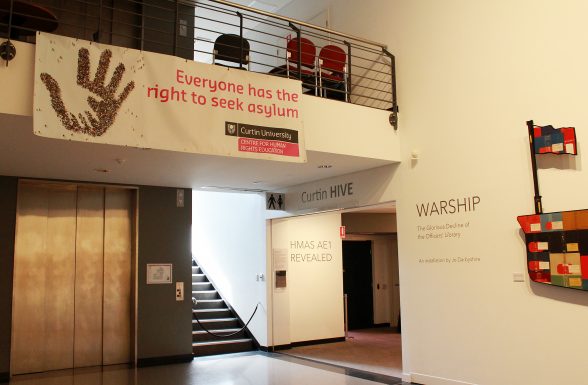 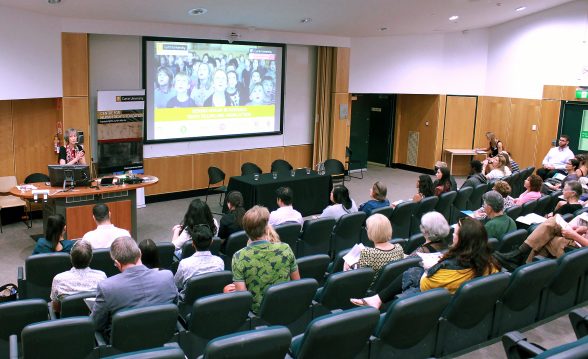 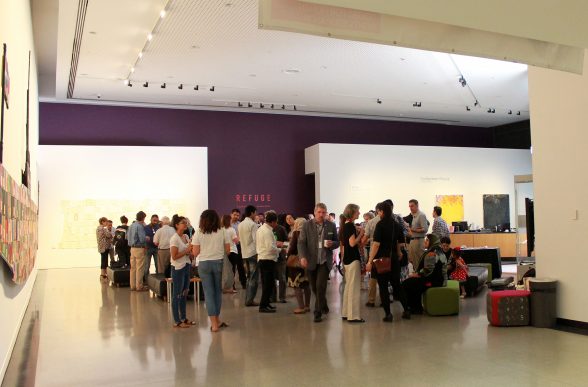 On the 21st of February 2019, Dr Riccardo Baldissone delivered the first CHRE research seminar for the year. Based on his recent book, Farewell to Freedom (University of Westminster Press, 2018), Dr Baldisonne explored the philosophical genealogies and registers of the concept “freedom’ as it has emerged in Western thought and argued how it has been deployed through a mix of abstract inventions, theological incursions, and political ideologies. Dr Baldissone is a Fellow at the University of Westminster, and gained his PhD at the Centre for Human Rights Education at Curtin University. Centre staff were delighted to welcome back their alumni.